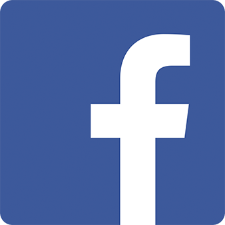 Salk (Stockholms Allmänna Lawntennis Klubb) is one of Sweden’s largest and oldest tennis clubs. The club was founded in 1913 and in 1937 the club's first own arena was inaugurated, with Marcus Wallenberg as one of the main initiators and financiers. Some of the most famous players since the club started is for example Gudrun Rosin, Björn Borg, Nicklas Kulti and Rebecca Peterson.

Salk runs 19 tennis courts, one squash court and one padel court which are complemented by an array of services such as fitness studio, tennis shop, restaurant, naprapaths, physiotherapists and café making Salk one of Stockholm’s major fitness and wellness centres. For members, club rooms are available with seating for up to 100 people. Adjacent to the club room is a warm-up facility room with focus on functional training. Here you can warm up or practise parallel to playing tennis.

In Båstad Salk has a centrally located villa with about 30 beds available at favourable rates to members.

The club has always been actively engaged in the development of Swedish tennis. With this in mind the club runs one of Sweden’s leading sport sections  and a number of tournaments such as Stockholm Open (KLTK and Salk are the principal owners and founders since the start in 1969) and Salk Open (the world’s largest indoor tennis tournament for juniors). On a regular basis Salk hosts and runs tournaments such as, The Region Championships (RM), The Swedish National Championships for seniors and Streber Cup.

Salk is a member of Centenary Tennis Clubs (CTC), an umbrella group of leading international clubs with more than 100 years of history and including  some of the most prestigious clubs in the sport.

Salk is a very active club with activities for all generations and different playing levels. If you want to engage yourself in the club there are many opportunities to participate in Salks various activities. You can get more information by contacting the following persons: